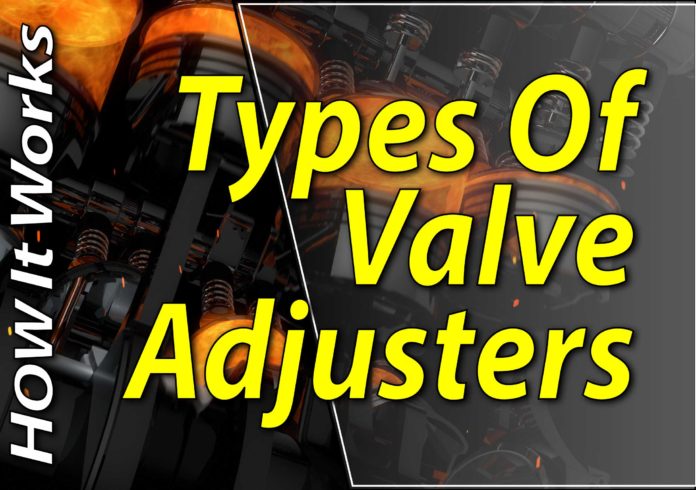 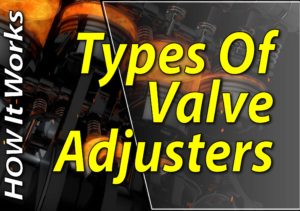 Over the years, motorcycle builders have come up with multiple methods of keeping valves within adjustment for as long as possible before needing to adjust lash.

With each passing model generation, more and more bikes turned to a shim-under-bucket configuration. But why? Let’s explore why poppet valves (mushroom valves) need to be adjusted to stay within spec, and what made shims and buckets the (might as well be) industry standard.

Why Do Engine Valves Need To Be Adjusted Periodically?

Valves sit inside the cylinder head, and a stiff spring holds them tight against the valve seat on the explody side of the head. Valves perform two duties: Seal the combustion chamber, and move air in and out of the cylinder.

The camshaft regulates when the valves open (and close) with its lobes. Camshafts control valve operation in both overhead cam and pushrod/rocker designs. This type of valve only applies to 4-stroke Motorcycle engines. 2-stroke is an entirely different engine design (and way more fun, fight me in the comments!)

Valves are metal; metal conducts heat, too much heat is terrible for combustion. Valves act as a heat sink to pull heat away from the combustion chamber. Heat dissipation is why the exhaust valve is usually larger than the intake; more surface area = better heat transfer away from the cylinder. On high-performance auto engines, you will typically see sodium-filled exhaust valves, because sodium is an excellent heat conductor. But that’s overkill for dirt bikes.

Adjusting the valves is essential because the perpetual slap-and-tickle of the valve against the valve seat makes it recede into the cylinder head. Gone unchecked, the cold end of the valve stem will contact the camshaft lobe or rocker arm. If the valve seat is worn enough, and valve-to-actuator clearance (lash) decreases enough, the valve will stay open, creating two issues.

How Many Valve Adjusters Are In Use, And Which One Is The Best?

You can adjust valve lash in multiple ways; some methods are more common than others. Determining which method is the “better” comes down to what you want from the specific motorcycle engine. Is the motor designed for sustained screaming high revs (sportbike), constant RPM changes (dirt bike), or consistent cruising (Road Bikes)? Below you will find the most common valve designs for adjusting and setting valve lash, as well as their respective pros and cons.

You will typically see Hydraulic lifters in low-RPM Pushrod V-Twin applications. Hydraulic lifers pressurize the existing engine oil that makes it way inside the lifter body to automatically keep rocker arm and the valve stem clearance in spec. This system makes valve adjustments automatic every time you ride.

But, because they rely on oil pressurization, they take slightly longer to engage the pushrod. The slight lag that hydraulic lifters create is an eon when it comes to high revving motorcycle engines that can spin up to 15,000 RPM.

There is a reason why hydraulic lifers are at home in low RPM applications with redlines around 6,500. One well-known exclusion of this rule is the Honda Nighthawk 700S that peaked at 10,600 RPM! Sick.

Desmodromic valves have been around since as early as 1886. In 1956, Dr. Fabio Taglioni developed them for use in racing motorcycles for a little Italian manufacturer called Ducati. Desmo valves do not use springs to keep them seated. Instead, they are directly linked to the camshaft, forcing them to stay in time and eliminating valve float. Since the cam pulls double duty to open and close the valves, they have two clearances to keep within spec.

In the 1950s, valve springs could only handle so much, so the desmodromic valve was an engineering marvel (even though it was an older design). When other motorcycle race engines were peaking at 10,000 PRM, Ducati’s engines could scream to 15,000 RPM! In the 50s!

We’ve come a long way since then, and advances in metallurgical science have made desmodromic valves obsolete. However, they are unique, and they took Ducati from post-war Italy to today, so if it ain’t broke, don’t fix it!

You will never find desmo valves in dirt bikes, but they’re interesting, so they’re on this list. HA, made you read that!

Screw-and-Locknut were the typical adjustment system in most early Japanese bikes since they almost always had an overhead cam cylinder head design. Locknut adjusters are ideal since all you need are two wrenches and a set of feeler gauges to adjust lash. Loosen the locknut, adjust the set screw, tighten the locknut. That’s it.

Also, since Screw-and-Locknut adjusters are found in low-performance motorcycle engines that are designed for sustained RPM, you don’t have to adjust them too often. You can also adjust your valve lash at home, and all it will cost you is a new gasket.

Shim OVER bucket design has a cap at the end of the valve stem referred to as the bucket. On top of the bucket is a shallow recess. A thin piece of metal called a shim sits inside that recess. This thin metal plate can become worn, decreasing valve clearance over time. Shims can’t be adjusted, only replaced to return the valve to correct spec.

As the cylinder head components wear over time, a stock sized shim may no longer be thick enough to maintain stock clearances. Fortunately, different shim thicknesses are readily available to compensate for component wear.

The major downside of shim over bucket adjustment is what happens when you get throttle happy and over-rev the engine. We already covered what valve float is, and nothing is keeping that shim in the bucket except the cam. If the spring can’t maintain pressure against the cam lobe, the shim could “pop” and escape the recess in the bucket, and now you have a chunk of metal banging around in the cylinder head. But that’s ok because your bike won’t run anyway.

The next and probably final step was to relocate the shim UNDER the bucket and is the most common modern configuration. Instead of having the shim in contact with the cam lobe, the bucket protects the shim. The cam lobe now contacts the top of the bucket, which, by design, can’t unseat. This change of shim placement allows for even smaller shims to reduce even more weight. I know .01 grams doesn’t sound like much, but it makes a massive difference at 15,000 RPM.

Motorcycle engineers have spent billions of dollars and thousands upon thousands of hours over the past century to get to this point. Do them a favor, and check your valve clearance!

How A 2-Stroke Reed Valve Works

How The Rear Wheel Hub Works On Your Dirt Bike

How The Front Wheel Hub Works On Your Dirt Bike