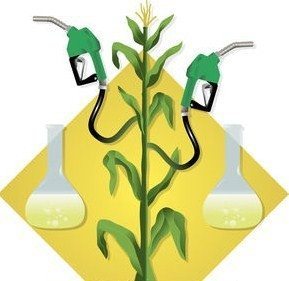 I’m sure you’ve already seen it at your local gas station: fuel blended with ethanol.  It’s becoming the norm. It’s getting harder to find gas stations that do not use this blend as their standard option.

According to the EPA, you should be fine using ethanol as long as your car or truck that was manufactured in 2001 or later. Unfortunately, some two-stroke engine owners had to find out the hard way that it doesn’t matter what year the engine was manufactured; ethanol is a death sentence for 2-stroke engines.

Due to how two-stroke engines operate, there are a variety of problems that come from using ethanol-blended gas.  In this article, we’re going to cover what those severe problems are with ethanol. We’re also going to cover precisely why you should never consider putting ethanol inside of your engine!

Most two-stroke engines require premixed gas. This is when the oil is premixed with the gas at a specific ratio before going into the gas tank.  This premix ensures that oil reaches the engine without any issues, and in most cases, this is true.

In a typical scenario (regular gas with oil), the lubricating molecules in the oil adhere to the metal components inside of the engine.  However, when ethanol is introduced into the gas, it forms a type of barrier between the molecules and the metal components. This prevents the oil from adequately sticking.  And as you already know, when oil doesn’t stick, bad things happen to your engine.

Ethanol can soften plastics and degrade rubber. Therefore, if there are any rubber o-rings or gaskets located on your bike, there’s the possibility that ethanol-blended gas will eventually eat through these parts if left in the bike when stored.

Studies performed by the Department of Energy showed that ethanol-blended gas (specifically E15 octane) caused hotter operating temperatures than regular gasoline when used in two-stroke engines. Also, they noticed that the engine ran inconsistently throughout and even found that some engine parts failed.

Ethanol-blended Gas Has A Lower Fuel Economy Than Regular Gasoline

Edmunds.com published a study in 2007 where they tested the effects of ethanol-blended gasoline (E85) on fuel economy as compared to regular gasoline.  In the study, researchers made two separate round trips from San Diego to Las Vegas and back in a 2007 Chevrolet Tahoe LT.  They used regular gasoline for the first trip and E85 gasoline for the second trip.

The results of the study were staggering:

With regular gasoline, the entire trip used 36.5 gallons of gasoline. They achieved an average fuel economy of 18.3 mpg, and cost $124.66 with the average price per gallon being $3.42.

With ethanol E85 gasoline, the entire trip took 50 gallons of gasoline. They achieved an average fuel economy of 13.5 mpg, and cost $154.29 with the average price per gallon being $3.09.

That’s almost a 5-mpg difference with nearly a $30 price difference.  Not to mention that the average price per gallon was $.33 more for regular gasoline.

The results speak for themselves.

(If you’d like to read the full study, you can find it at this link: http://www.edmunds.com/fuel-economy/e85-vs-gasoline-comparison-test.html)

What Are Your Options For Working With Ethanol-based Gasoline?

Your best option is to not work with it at all. There are still gas stations available that do offer ethanol-free gasoline. However, they are few and far between.  And as a result, many dirt bike riders are forced to still use the stuff in their two-stroke bikes.

While it’s still not recommended, if you have no other options but to use ethanol-blended gasoline, then make sure you use full synthetic oil or high-end castor oil as your premix. Full synthetic partially counteracts the ability of ethanol in the gasoline to get between the lubricant molecules and the metal components.

Does Octane Play A Role In Gas Shelf Life?