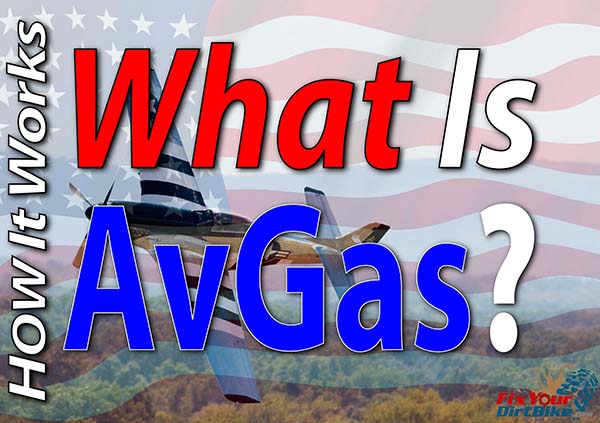 AvGas Has Been Around A Long Time, So Let’s Pay Our Respects! 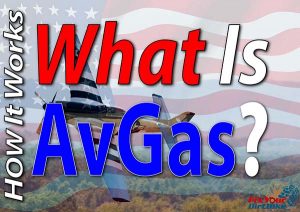 What is AvGas? Before we get into a discussion about using AvGas (aviation fuel) in your Dirt Bike, let’s take a minute to learn about its origins as the first high octane performance fuel!

AvGas is the fuel that won World War 2 and pushed the limits of human flight. Without it, the P-51 Mustang would not have controlled the skies, nor commercial aviation be developed.

This means if you lived in Omaha, you would be stuck in Omaha AND speaking German!

I get excited about high octane and America… and history… anyway…

AvGas was developed for use in aircraft engines designed by Lycoming and Continental Motors American.

The design of these airplane engines goes back almost unchanged to the 1930s. These designs were so good that these engines are still in use! I recently went on a fishing trip to Canada, and we flew to the lake in a 1956 floatplane running a supercharged 1939 cyclone engine with 1300 horsepower!

To maintain that kind of power, these engines required aviation fuel with a high octane rating. AvGas fulfills this requirement as leaded gasoline rated at 100 octane or more.

In the past, there were different varieties of aviation fuel; however, this is no longer the case because AvGas 100 LL is the only variety available worldwide. This variant is low lead (LL = Low Lead) gasoline with an octane rating of 100, hence the 100 LL label.

When AvGas was the go-to aviation fuel, there were both high and low octane variants.

The corresponding fuel needed to be specially manufactured or enhanced with custom additives to ensure trouble-free operation at altitude. AvGas 130 HL was the typical option for older high-performance aircraft engines with high levels of lead (HL = High Lead) rated at 130 octane.

Some of these grades are now available at high prices, and they are often found at air shows that showcase older planes.

AvGas is only used by gasoline aircraft. Turbine-powered aircraft like the A-10 Thunderbolt and diesel-powered airplanes need light petroleum, such as JP-1 or Jet A-1.

Due to the high price of AvGas, many aviators are switching to MoGas designed for light aircraft. This variant matches standard automotive fuel with a few additives. This switch is a driving factor in the ever-increasing costs.

Some of the classic aviation engines, such as many versions of the four-cylinder Lycoming O-320 (which is common), can be operated using MoGas with little to no modification.

In many countries, general aviation fuels are taxed in the same way as an automotive fuel, which is an excellent thing. This taxation policy has significant economic importance. Without this tax exemption, low-cost aviation would have hardly developed.

The higher price for AvGas stems from the low production volume (compared to pump gas), the long delivery routes, and the strict quality assurance associated with every aspect of aviation.

How Is AvGas Produced?

Aviation fuel is produced using a distillation process that separates the raw material into multiple streams. The boiling points of the individual raw materials or components determine the separation process. The typical boiling point for the elements ranges between 104 and 338 degrees Fahrenheit (40 and 170 degrees Celsius).

Once the separation process is complete, the distillate streams undergo further processing to eliminate some impurities, such as metals, sulfurs, and acids. This process allows the blending of distillate streams to produce a more refined product. Several additives are injected into the final product to boost its properties. These additives can increase the stability and performance of the fuel.

As the need for AvGas slowly decreases, let us never forget what it has given us. Freedom… and a ticket out of Omaha.

Does Octane Play A Role In Gas Shelf Life?