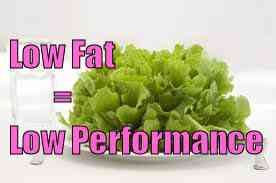 .Why Is A Fat-Free Diet Dangerous With An Active Lifestyle?

Not so long ago, a large percentage of coaches and fitness experts preached the benefits of maintaining a low-fat diet to their performance athletes and clients. It used to be the belief of many that all fat was bad. As a result, a diet that consisted of no more than 20% fat was considered optimal. However, in recent years, studies have shown that maintaining a diet with too little fat could hinder overall performance in endurance-based sports and activities.

The Disadvantages Of Too Little Fat


Because of the belief that all fat was bad, diets with too low fat content and low-fat foods swept the country. It was believed that maintaining a low-fat diet would lead to better health and overall performance. However, as research advanced and new studies were conducted, some pretty surprising discoveries were made.

Maintaining a diet low in fats for an extended period could lead to some fairly severe health and fitness concerns, including:

But that’s not all. These same studies also uncovered certain critical benefits to maintaining a diet that was higher in fat, specifically in regards to performance and endurance.

The Advantages Of A Higher Fat Diet

As a result of these findings, and several others like it, the benefits of a diet higher in fats about overall performance and endurance became more accepted, especially in the performance sports communities. 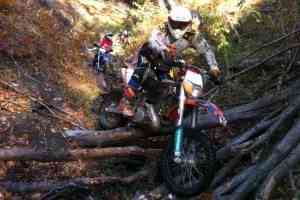 The Relation Between Carbohydrates, Fats, and Increased Performance

However, there’s a catch (there always is, right?).

What did that mean for motocross and enduro? Initially, it meant that you either had to sacrifice the increased endurance during training (from a high-fat diet) or the increased energy during an event or trial (from a high-carb diet). You couldn’t have the benefits of both. 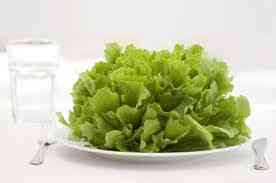 Fortunately, that all changed when further research uncovered that a rider could indeed benefit from both diets by maintaining a diet higher in fats during the bulk of training and switching to a high-carb diet a few days (approximately 3-5) before an event. The reason this works is that the body goes through a “loading phase” when a high-carb diet is introduced.

During the loading phase, the benefits of your high-fat diet remain in effect. As a result, you get both the energy from the increased carb intake and the increased endurance from the high fat intake.


The best way to ensure you’re getting enough fat in your rider nutrition diet plan is to monitor your fat intake daily, while also adhering to the following guidelines:

In Part 2 of Fitness Fats, we’ll look at the dangers of consuming too much fat in your diet, and how it can not only hinder your performance but also jeopardize your overall health

Keep Reading – Part 2: Effects of Too Much Fat In Diet

Fitness Fats 2: The Disadvantages of a Diet With Too Much Fat

Fitness Fats 3: What Are Saturated and Trans Fat? – Bad Fats!